What are infantile spasms?

Infantile spasms are a neurological seizure disorder, also known as West syndrome, that occurs in babies. It typically begins between 4 and 8 months of age. This is a very serious form of epilepsy and can have long-term consequences. Early treatment is critical.

When do infantile spasms happen and what do they look like?

Infantile spasms often occur when a child is falling asleep or waking up. The child’s body may suddenly jerk, flex or extend. Sometimes, the arms are flung out, the knees are pulled up and the body bends forward. Less often, the head can be thrown back while the body and legs stiffen to a straight position. Each spasm lasts a few seconds, but multiple may occur close together in a cluster. They should not be confused with colic cramps, which don’t occur in a series. Infantile spasms take many forms and can be subtle.

What are symptoms of infantile spasms?

Infantile spams can be caused by almost any condition that affects the brain. In less common cases, they can also be associated with some metabolic and genetic disorders, and even more rarely are a result of vitamin B6 deficiency. However, the most common causes of infantile spasms include:

Some children with infantile spasms have no pre-existing brain condition and developed normally prior to the onset of infantile spasms. In these cases, the cause can remain unknown.

How are Infantile Spasms Diagnosed?

Infantile spasms are diagnosed through physical and neurological tests conducted by a pediatric neurologist. Testing looks for both evidence of infantile spasm occurrence as well as underlying conditions that are known to cause infantile spasms. Tests can include:

A unique EEG pattern called hypsarrhythmia is often associated with infantile spasms and can help determine a diagnosis. Hypsarrhythmia is a pattern of disorganized background activity, high-voltage spikes and slow waves. EEGs may be conducted when your child is awake, asleep and during a spasm to help verify diagnosis.

How are infantile spasms treated?

Adrenocorticotropic hormone (ACTH) therapy is the mainstay treatment for infantile spasms. ACTH is a hormone that is produced in the pituitary gland located at the base of the brain. An injection can stimulate the production of cortisol in the brain that helps to relieve infantile spasms. Infants with a dual diagnosis of infantile spasms and tuberous sclerosis may sometimes be placed on another epilepsy medication known as Vigabatrin (also known as Sabril).

What is the long-term outlook for a child with infantile spasms?

In many cases, the earlier the seizures are recognized and treated, the better the outcome will be for the child. Long-term effects of infantile spasms can include epilepsy, further developmental delay, cognitive impairments and autism. Epilepsy / Seizures
How can I help my child stay awake before an EEG?

Keeping a child awake before an EEG can be difficult, but these tips can help parents keep children from falling asleep before the test. 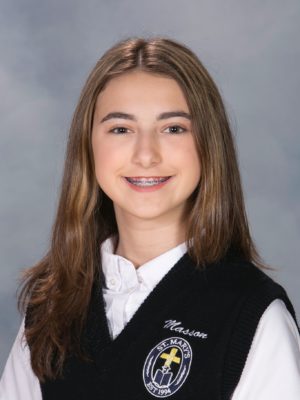 Life was typical for Geni before she was diagnosed with epilepsy at age 14. After medications failed, she underwent epilepsy surgery.