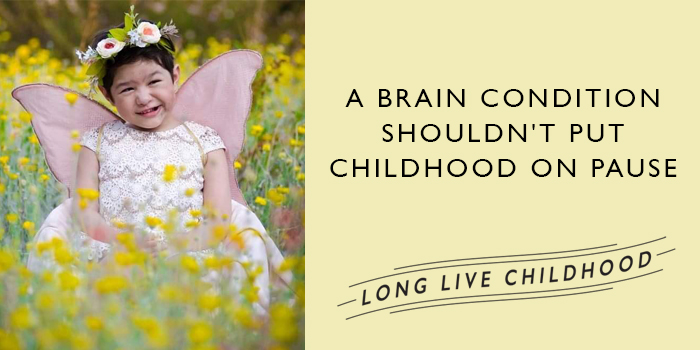 We know it can feel overwhelming when your child is diagnosed with a rare illness. At CHOC, we specialize in treating kids with complex brain disorders. Our multidisciplinary team includes neurology, genetics, cardiology, nephrology, neuropsychology, neurosurgery and ophthalmology, all working together to create a treatment plan unique to your child’s and family’s needs. We aim to make the process from diagnosis to treatment and beyond as seamless as possible.

What is Tuberous Sclerosis?

Tuberous sclerosis (TSC) is a rare genetic disorder that causes noncancerous tubers (tumors, or growths of abnormal tissue) to grow in many parts of the body, such as the brain, eyes, heart, kidneys, lungs and skin. Many children experience symptoms of TSC at birth. Others, however, do not develop symptoms until they are 2-6 years old.

What are the symptoms of tuberous sclerosis?

Symptoms of TSC depend on where the tubers develop. For instance, some people may have discolored patches of skin, while others may have seizures or intellectual disabilities. In rare cases, tubers may develop inside vital organs, leading to organ dysfunction. Tubers in organs, such as the brain, may be life-threatening.

The following are common symptoms of TSC, depending on the location of tubers:

How is tuberous sclerosis diagnosed?

Your child’s doctor will perform a clinical evaluation of the symptoms and may use imaging studies such as a CT scan or an MRI of the brain to look for tubers. Genetic testing may also be performed to confirm a diagnosis of TSC. A sample of the patient’s blood is analyzed to determine if the patient has one of the two possible genetic mutations associated with TSC.

If there is a family history of TSC, prenatal genetic testing, such as amniocentesis or chorionic villus sampling, is available to determine if the fetus has the disorder. However, there are risks associated with prenatal testing, including miscarriage. Therefore, people should discuss the potential risks and benefits of testing before making any medical decisions.

How is tuberous sclerosis treated?

Although there is currently no cure for TSC, treatments are available to reduce the symptoms. Common treatments for TSC include medications (e.g. anti-epileptic drugs, antipsychotic drugs, and/or stimulants), educational and occupational therapy, dermabrasion (a surgical procedure to improve the texture and appearance of skin that has been affected by skin lesions), and surgery. There are also emerging therapies, such as mTOR inhibitors, that appear to hinder the growth of the tubers and may reduce seizures. Investigational studies are under way. With proper treatment, most people who have mild or moderate TSC are able to live long, healthy lives. However, people with more serious forms of TSC that affects the vital organs can experience life-threatening complications.

Most cases of TSC are not inherited but are rather genetic mutations. In some cases, it can be the result of genetic inheritance. If one parent has tuberous sclerosis, there is a 50 percent chance the parent will pass on the condition to each biological child. However, the severity of the condition may vary. If a child inherits TSC, they may have a milder or more severe form of the disorder than the parent.

Why CHOC? A Team of Tuberous Sclerosis Experts

Through a designation by the Tuberous Sclerosis Alliance, our specialized clinic treats children with tuberous sclerosis, a rare disorder that can cause epilepsy as well as growths inside the brain, heart, kidney and retinal area of the eye. Because tuberous sclerosis affects different areas of the body, we draw on the expertise of specialists from multiple CHOC disciplines, including neurology, genetics, cardiology, nephrology, neuropsychology, neurosurgery and ophthalmology.

Through the Tuberous Sclerosis Alliance, we also have a TSC Clinical Ambassador, a parent volunteer who helps families and children deal with the emotional challenges of the disorder by sharing their personal experiences and connecting them with area resources.

To contact our Tuberous Sclerosis Clinic, call the Neuroscience Institute at (877) 959-5670 and press 2 for specialty care clinics.

My daughter’s journey from seizures to surgery

What Parents Should Know About Infantile Spasms