What is Batten Disease?

Batten disease is a rare and fatal disease of the nervous system that typically begins in childhood. It is the most common form of a group of disorders called neuronal ceroid lipofuscinoses, or NCLs. There are many forms of NCLs, known as CLN1 through CLN14, that are often referred to as Batten Disease.

CHOC is one of the first among a few hospitals in the United States to provide Brineura™ to patients. Brineura™ is currently the only treatment for a specific form of Batten disease known as CLN2, or late-infantile NCL.

What are the Characteristics of Batten Disease?

Batten Disease is an inherited genetic disorder in which the brain cells are missing an enzyme called tripeptidyl peptidase 1 (TPP1), which causes waste buildup in the cells’ neurons. As a result, the cells gradually lose their function and die. Patients begin exhibiting symptoms with developmental delays in speech, and then progress to loss of motor skills, unsteady gait, visual impairment, seizures and eventual death.

Does Batten Disease Have a Treatment?

In April 2017, the FDA approved Brineura™ as a specific treatment for late-infantile onset neuronal ceroid lipofuscinosis (CLN2) disease. Years of clinical studies of CLN2 patients treated with Brineura™ found that the treatment slowed, or even stopped, the rate that walking and speech were lost.

Currently, there are no other specific treatments known to halt or reverse the symptoms of any other types of NCL. Brineura™ is effective only for CLN2 type Batten Disease.

For all forms of Batten Disease, seizures can be reduced or controlled with antiepileptic drugs, and psychiatric and motor problems can be managed with medication. Physical therapy and occupational therapy may help patients retain motor functioning as long as possible. Gastrostomy tube placement may be required if patients lose enough eating ability that they can no longer maintain their weight. Get more information about other forms of NCLs.

Batten disease, and all other NCLs, are inherited conditions that mostly affect the function of the brain. Many NCLs cause the body’s cells, especially brain cells, to lose the ability to dispose of waste products. The symptoms of Batten Disease occur because cells cannot function well with the buildup of waste products and start dying off.

What are the Symptoms of Batten Disease?

During the progression of Batten disease, symptoms can be different in each child. They can include:

How is Batten Disease Diagnosed?

Batten disease can be diagnosed if your doctor orders tests to specifically identify the presence of genetic changes in the NCL genes. A variety of tests are conducted to accurately confirm a Batten Disease diagnosis, including:

How is Batten Disease Treated?

In April 2017 the FDA approved Brineura™ as a treatment for late infantile Batten (CLN2) disease. There is no specific treatment is known that can halt or reverse the symptoms any other forms of NCLs.

For all forms of Batten Disease, seizures can be reduced or controlled with anticonvulsant drugs, and psychiatric and motor problems can be managed with medication. Physical therapy and occupational therapy may help patients retain motor functioning as long as possible.

How is Brineura™ administered at CHOC?

Brineura™ is a type of treatment called enzyme replacement therapy (ERT). It’s administered through intraventricular infusion – a method that allows Brineura™ to be directly delivered into the fluid surrounding the brain, known as the cerebrospinal fluid, to get to cells of the brain.

CHOC metabolic specialists work closely with our neurosurgery physicians and the nurses of our Neuroscience Institute to administer the medicine. Each CLN2 patient has an Ommaya reservoir implanted under their scalp, which allows the medicine to be infused directly into the ventricle of the brain.

Every 14 days, a CHOC neurosurgeon and a team of highly trained nurses use highly sterile techniques to insert a needle into the patient’s Ommaya reservoir to administer the medication. The infusion lasts four hours, and after an hour of observation without side effects, the patients can go home.

Bringing new hope to patients and families, CHOC has grown into the largest Brineura™ infusion center in the country and the second largest in the world. Kids from all over the United States have come to CHOC for Brineura™ treatment since it first was offered in March 2017. There is no cure for CLN2 disease, but thanks to genetic scientists, neurosurgeons and nurses at CHOC, there is hope for delaying its progression. 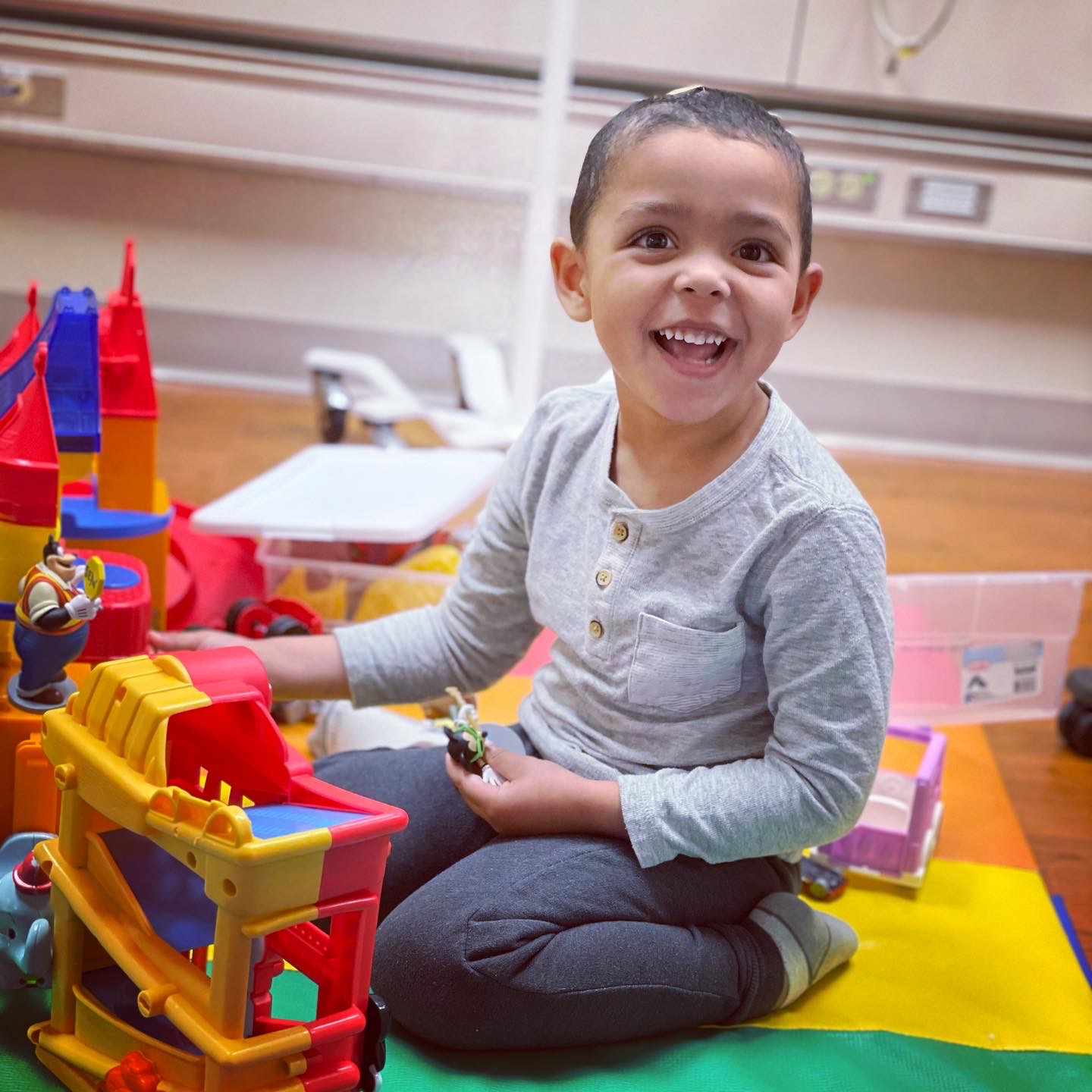