CHOC is a leader in the detection and treatment of arrhythmias in children, and our Heart Institute proudly offers one of the only dedicated pediatric electrophysiology programs in the region. When a child is diagnosed with an arrhythmia, our electrophysiology team offers a variety of the very latest, research-based diagnostic and treatment options for children of all ages—from babies still in the womb to young adults. Moreover, we are one of the only institutions in the country to offer radiation-free electrophysiological studies.

CHOC is one of the first hospitals to offer pediatric 3D heart mapping to treat heart arrhythmias.

While radiofrequency ablation has become a safe and common treatment for supraventricular tachycardia (SVT) in children and adolescents since the mid-2000s, intracardiac echocardiography (ICE) has not traditionally been used in pediatrics due to the large-sized catheters.

ICE provides an accurate real-time image of the inside of the patient’s heart for very clear and accurate images.

But when a smaller catheter was created, which was more suitable for the size of young patients, Dr. McCanta and the electrophysiology team from the CHOC Heart Institute were among the first in the world to routinely utilize the new technology in pediatric and adolescent patients. 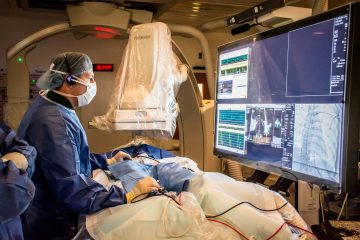 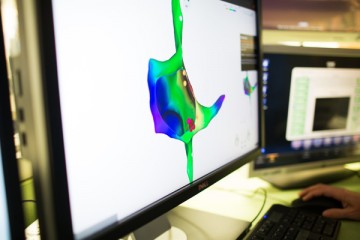 Once a child has been diagnosed with an irregular heartbeat, Heart Institute specialists work with the patient and family to determine the correct way to treat or maintain the child’s heartbeat. Treatment may include electrophysiology ablation in our state of the art catheterization lab, medication or the use of a pacemaker or implantable defibrillator. Learn more about arrhythmias and how they are treated.

Young Athlete Returns to the Pool After High-Stakes Heart Procedure 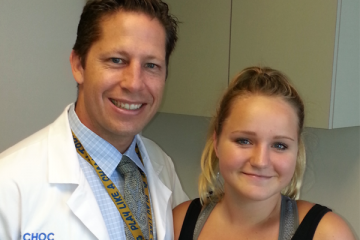 Even through intense water polo training and games, Ashley Klein had never experienced as much as a flutter inside her chest. And suddenly, emergency department staff were using words like heart failure, bypass, transplant and pacemaker.

Read more about how CHOC experts saved Ashley from a life-threatening heart defect.

The first type of electrophysiological tests is a noninvasive test called electrocardiogram. (These tests are also referred to as “ECG” or “EKG.”) An electrocardiogram measures the electrical activity of the heart and does not require our specialists to go inside the child’s body. These types of tests are done by placing electrodes at specific locations on the body and tracking the electrical activity in the heart. Electrocardiograms test can tell doctors if the child has an arrhythmia or a variety of other heart conditions.

At CHOC, we are able to provide a number of different types of electrocardiogram tests, including:

Knowledge is the Best Medicine 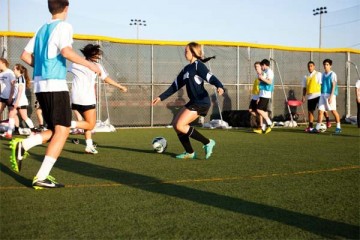 The Importance of Heart Screenings for Athletes
Parents of young athletes should talk to their pediatrician about getting pre-participation sports physicals that include heart screenings. 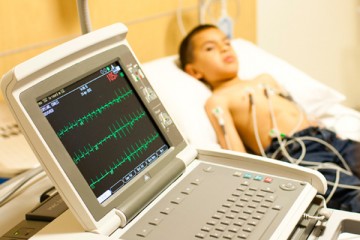 Getting to the Heart of EKGs
Electrocardiography (EKG) measures the heart’s electrical activity to help evaluate its function and identify any problems that might exist. 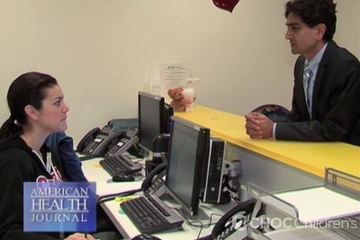 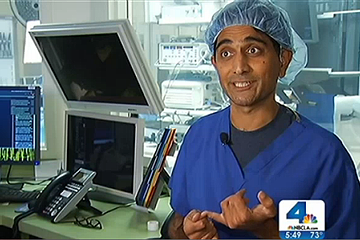 Teen's Rapid Heart Beat Cured Without Radiation
As reported on KNBC, a CHOC physician is curing patients with chronic irregular heart beats using an outpatient procedure that requires no radiation.

An electrophysiological study (EP study) is a test used to diagnose and treat irregular heartbeats. At CHOC, we are proud to offer EP studies in our state-of-the-art cardiac catheterization labs. Our labs feature the very latest technology including 3D mapping of the heart and its electrical structures. This advance has made it possible for our specialists to perform these procedures without radiation.

How is an electrophysiological study performed?

Electrophysiological studies are performed in one of two state-of-the-art catheterization labs in the Tidwell Procedure Center at CHOC. The child's doctor will discuss the risks and benefits of the procedure with the child and family and require written permission (informed consent) from the child's legal guardians to do the procedure.

An injection of local anesthetic is given under the skin where the catheter is going to be inserted. Next, a thin, flexible tube (catheter) is inserted into a blood vessel, most often in the groin area (the crease of the leg where it bends when sitting). The catheter is guided up the vessel (artery or vein depending on the purpose of the procedure) towards the heart using our state-of-the-art 3D mapping system. Small, thin wires are inserted through the catheter to the heart.

Learn more about what to expect at the Tidwell Procedure Center.

What is the purpose of an EP study?

There are several ways EP studies may assist in diagnosing heart rhythm abnormalities, (also called an arrhythmia). An abnormal rhythm may be stimulated on purpose by a doctor during the EP study so that the underlying problem can be identified. The abnormal heart rhythm may also be stimulated to evaluate the effectiveness of a drug.

During the EP study, doctors may also map the spread of electrical impulses during each beat. This may be done to locate the source of an arrhythmia or abnormal heart beat. If a location is found, an ablation (elimination of the area of heart tissue causing the abnormality) may be done. The ablation is performed using radiofrequencies or very cold temperatures (cryoablation). Depending on the type of arrhythmia being treated, catheter ablation can have a success rate of more than 90 percent, but some children may need to have the procedure again or other treatments for their irregular heartbeat. In rare situations, the child's doctor may want the child to remain on medications to help control the heartbeat.

Besides the need for ablation, an electrophysiological study may also help the doctor determine other possible treatments or interventions like inserting a pacemaker or implantable defibrillator, adding or changing medications or performing additional ablation procedures.

What happens after a cardiac catheterization procedure?

After the procedure, the child will need to lie still for four to six hours to decrease the risk of bleeding and pressure must be applied to the site where the catheter was inserted. Special machines are used to monitor the child's heart as he or she recovers. Most patients go home on the same day, but some will stay in the hospital for one night for observation.

In the days following the procedure, patients may experience mild symptoms like an achy chest and discomfort or bruising in the area where the catheter was inserted. Some children might also notice skipped heartbeats or irregular heart rhythms. Most children can return to their normal activities within a few days.

Caregivers should contact the child's doctor immediately if they notice unusual pain or swelling, excessive bleeding or if the child complains of consistent irregularities in their heartbeat.

It is important to follow all of the doctor's instructions, especially regarding follow-up visits, medication schedules and safe levels of physical activity.