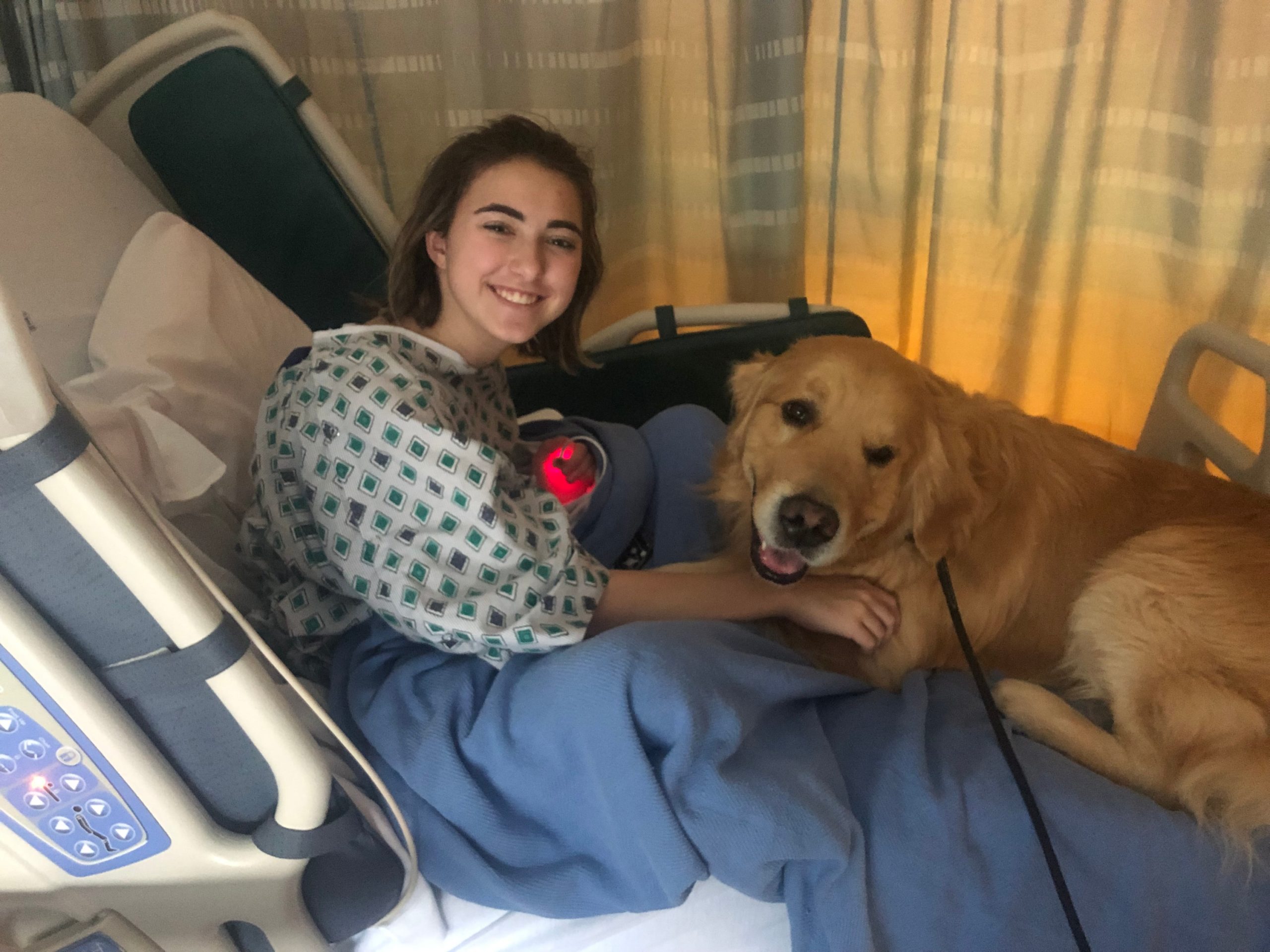 Every March, people around the world wear purple in support of Epilepsy awareness.

This year, a Southern California teenager shared her story about how seizures led her to surgery.

She also shared how the journey has empowered her.

“I am in a musical this year,” said Genevieve Masson. “I’m ensemble, but I’m in it.”

Like most teens, Geni, as she likes to be called, is busy with high school activities.

She’s on the collegiate track and loves theatre.

“What I like about theater is the ability to be able to go into your own world,” Masson said. “A different world and play out that character.”

A few years ago, though, her life was a different world. She said it very much felt “like a whole other chapter of my life.”

Geni was a freshman in after-school programs when her world came crashing to a halt.

“I had a seizure than in front of almost everybody.”

Geni described it as paralysis. A feeling of “blacking out.”

She woke up to firefighters and paramedics.

“I went down to take a nap, and I woke up a little later,” Masson said. “I didn’t know these were seizures; I thought they were something weird during my sleep.”

Eventually, Geni would be diagnosed with epilepsy and treated in the Comprehensive Epilepsy Program at CHOC, a pediatric health care system in Orange County, California.

“We know that if we let the seizures happen and continue in a young child’s brain when their brain is developing so fast and learning new skills,” said Dr. Maija Steenari, a pediatric neurologist and epileptologist. “We know if we don’t stop the process, that can affect future development.”

Dr. Steenari said Geni is a perfect example of how important it is to diagnose and treat epilepsy.

“It’s an abnormal activity in the brain,” said Dr. Steenari. “The brain cells start to talk to synchronize together, like an electric storm, and there are multiple reasons why one has a seizure.”

They can be genetic, but in Geni’s case, her mom Susan describes it as an extra wrinkle in the brain that triggered night seizures.

“The doctor said medicine is not working and every seizure does damage,” Susan said. “She has 10-12 seizures every day during the day and 1-2 every week. The big ones do more damage than the little ones and the big ones because it’s nocturnal epilepsy no one is there you could die.”

Geni opted for surgery. She needed two. One of those surgeries included brain mapping, which helps doctors find the problem area inside the brain.

“Then we can make estimations and recommendations based on those findings to see if the surgery will cause some deficits in the future,” said Dr. Steenari.

Then, Geni underwent a second surgery to fix it.

After surgery, Geni had some short-term loss of fine motor skills, but she recovered well.

After a few weeks and 18 months later, she was back at school, seizure-free, back in class, and back on stage.

While that chapter of her former life may be closed, it’s not forgotten.

Now she says she wants her story to be one of hope for others.