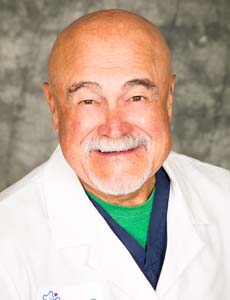 For more than 35 years, Dr. German has taken a leadership role in shaping pediatric surgery in Orange County. He received his medical training at the University of California, Irvine, and currently serves as an assistant professor. He helped develop neonatal ECMO support and NEC care by developing staging criteria for surgery. Dr. German was an early pioneer in the CHOC ECMO program as well as techniques for minimally invasive surgeries.

Dedicated to clinical excellence, Dr. German is board certified in general surgery. Prior to joining CHOC, Dr. German attended medical school at UCI College of Medicine in Irvine, California. He completed his internship and residency in general surgery at UCI Medical Center and conducted his fellowship in pediatric surgery at Children’s Hospital of Los Angeles, California.

John C German MD is on staff at CHOC Hospital in Orange and CHOC Mission Hospital. 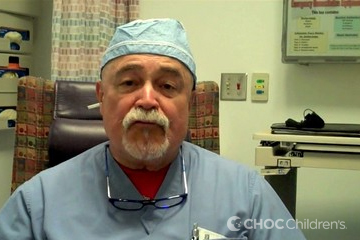 Ask a Doc: Can I be with my daughter after surgery?

In this video, pediatric surgeon Dr. John German answers a parent's question about being with his child after surgery.