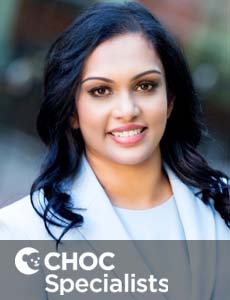 Dr Golla graduated in 2000 from Vijayanagar Institute of Medical Sciences, a recognized, premier Medical School in India. She completed requirements for ECFMG certification in 2002. She then underwent Residency training in Pediatrics at University at Buffalo (completed in 2005) followed by Residency /Fellowship training in Child Neurology and Neurodevelopmental disabilities at UT Southwestern Medical Center (2008 and 2010) . She has Board Certification in Neurology with Special Qualification in Child Neurology issued by American Board of Psychiatry and Neurology.

As a Child Neurology Resident, she won Teva Neuroscience award for her academic performance in 2007 as well as 2008. She also won the Leon Weisberg award for her research work looking at the incidence of dystrophinopathies in girls with Limb Girdle Muscular Dystrophy. The resulting manuscript was selected as the best paper during Annual Neurology Resident research presentations at UT Southwestern in 2008. She was also selected and served as a Chief Resident of Child Neurology in 2008.

She has published in peer reviewed journals and has written book chapter , and is currently involved in research studies in the field autism and Neurodevelopmental disabilities. She has presented at National conferences in the field of Autism and Child Neurology.

She actively participates and volunteers for Autism speaks, Autism live show, Autism one on one, Parent associations and is an active advocate and cheer leader to make life better for children with Autism and Neurodevelopmental disabilities.

Sailaja Golla MBBS, MD is on staff at CHOC Hospital in Orange .