Research Computational Science is one of the research services cores from CHOC’s Research Institute.

We are computational scientists, data scientists, and biostatisticians driven by the fulfillment of improving the health of children in our communities and across the United States.

We hold degrees across all academic levels and collaborate with academic and medical institutions across the US and abroad.

The RCS Team at CHOC 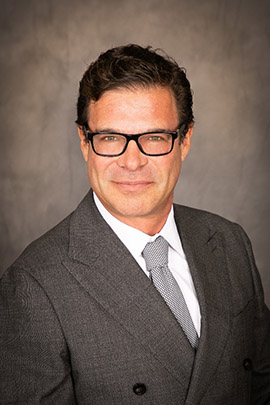 Dr. Terence Sanger, MD, PhD holds an SM in Applied Mathematics (Harvard), PhD in Electrical Engineering and Computer Science (MIT), and MD (Harvard), with medical specialization in Child Neurology and Movement Disorders. He is currently Professor of Electrical Engineering at the University of California Irvine (UCI), Vice Chair of Research, Pediatrics, (UCI) Director of the Pediatric Movement Disorders Clinic and Deep Brain Stimulation Program at Children's Hospital of Orange County (CHOC), and the Vice President, Chief Scientific Officer at CHOC. (Dr. Sanger is a member of CHOC’s medical staff and is tenured faculty in the department of pediatrics at UC Irvine).

Prior to CHOC, Dr. Sanger served as Provost Professor in the biomedical engineering, neurology and biokinesiology departments at the University of Southern California. He was an attending neurologist at Children’s Hospital Los Angeles, where he served as Director of the Pediatric Movement Disorders Program, the David Lee and Simon Ramo Chair in Health Sciences and Technology and the Founding Director of the Health, Technology and Engineering Program at The University of Southern California. Previously, he was a tenured Professor of child neurology at Stanford University and on medical staff at Lucille Packard Children’s Hospital.

Dr. Sanger's research focuses on understanding the origins of pediatric movement disorders from both a biological and a computational perspective. The primary goal of his research is to discover new methods for treating children with disorders of developmental motor control, including dystonia, chorea, ataxia, spasticity, and dyspraxia. His research includes computational neuroscience and large-scale neural circuit modeling of basal ganglia and cerebellum, nonlinear signal processing, machine learning, and control theory applied to robot models of motor disorders, and processing of electrophysiological data from children with implanted electrodes. Ongoing research also includes the development of electromyography-controlled soft exoskeleton orthotics for assistance with upper limb movement in children with cerebral palsy. 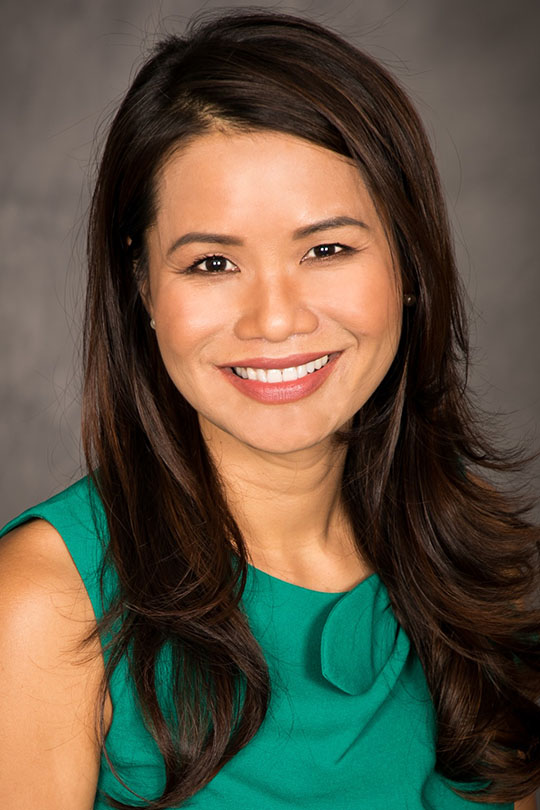 Phuong Dao is the Executive Director of Research Operations for the CHOC Research Institute. Phuong has worked in healthcare for over 20 years, specializing in research administration, research compliance, and corporate compliance. In addition to her current position, Phuong previously served as the Corporate Integrity Officer for the Seattle Cancer Care Alliance (SCCA) in Seattle WA and the Research Development and Operations Manager in the Department of Medicine at UC Irvine. Phuong earned a J.D. from Seattle University and a B.A. in Biochemistry from Smith College. 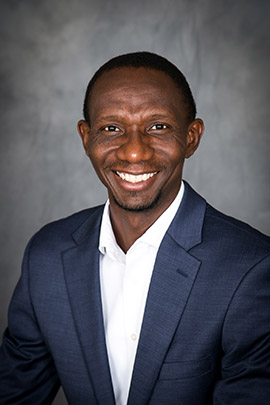 Louis Ehwerhemuepha, PhD is the Manager of the Research Computational Science (Computational Research) team at CHOC under the executive leadership of Phuong Dao, JD and Terence Sanger, MD, PhD. Louis leads the research data science program at CHOC focusing on a wide breath of computational and data science research from the application of applied statistical learning on structured electronic medical records to the application of deep learning for computer vision and natural language processing in pediatric medicine. The team he leads consists of members with different specializations in Data Science and Statistics and provide research data services to other researchers at CHOC. His applied research is varied and encompasses hospital readmission, sepsis, COVID-19 and multisystem inflammatory syndrome in children (MIS-C), artificial intelligence for rare diseases, population health management, and management of pediatric complex chronic conditions such as neurological and cardiovascular chronic conditions. He has led deployment of various statistical and machine learning models in the electronic medical record (EMR) resulting in improved quality of care. He collaborates closely with the UCI faculty in Statistics and Data Science to advance Data Science research at CHOC and UCI. 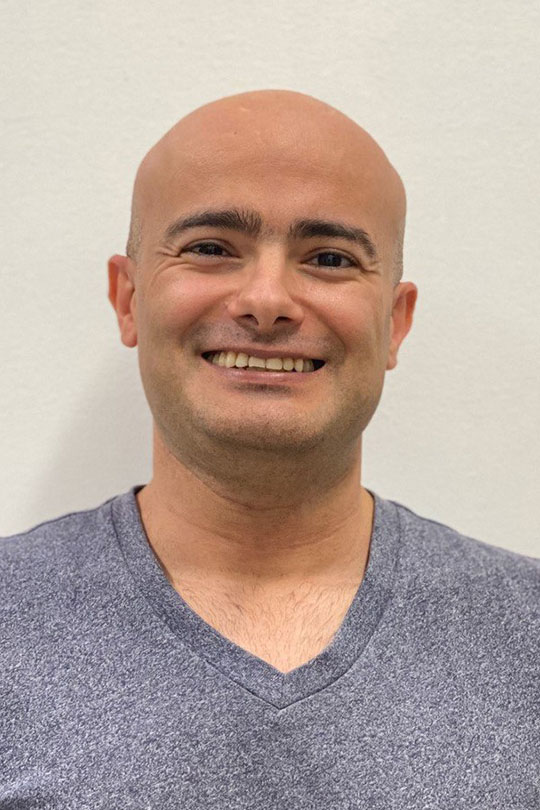 Peyman H. Kassani Holds a B.Sc. in applied mathematics and a M.Sc. in computer science. Peyman obtained his doctoral degree at Yonsei University in Seoul, South Korea in computer vision and pattern recognition. He received two years postdoc training at Tulane University in computational neuroimaging with causal discovery and two years postdoc training at Stanford University in computational genomics with explainable deep neural networks. He is currently with Children hospital of orange county and also collaborates closely with UCI faculty in statistics and data science. The main focus of his research at CHOC will be on computational neuroscience, (imaging and genomics) through different modalities in children. His research interests include causal discovery, explainable deep neural networks, and sparse learning. 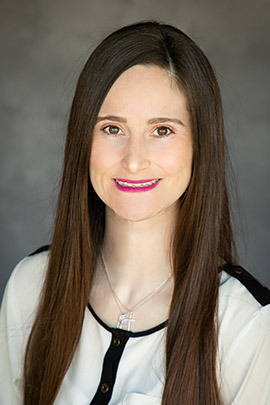 Chloe Martin-King has a PhD in Computational and Data Sciences from Chapman University, Orange, CA. Her scholarly work centers on digital image restoration with both traditional image processing techniques and computer vision using deep learning. She spent a year as a postdoctoral scholar in the Radiomics Lab at USC before joining the Research Computational Science team at CHOC in 2021. She enjoys utilizing her image processing and deep learning background to address clinically relevant research pursuits. She has developed models for various medical tasks; automatic detection, segmentation, and classification of disease from several modalities including whole slide imaging, x-ray, and CT. 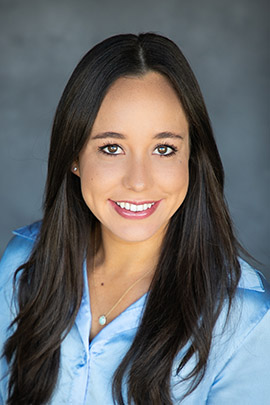 Tatiana Moreno is a graduate from the University of California, Santa Barbara in Statistics and Data Science. She worked as a Student Computing (IT) Assistant for the Kavli Institute of Theoretical Physics while in Santa Barbara. After graduating in 2019, she has worked as a Data Science Intern, Data Support Assistant and now Research Computational Scientist I (RCS I) while at CHOC with a publication in Nature for developing a model for targeting high risk trauma pediatric patients for prolonged hospital length of stay as well as a publication for a super learner ensemble of 14 statistical learning models for predicting COVID-19 severity among patients with cardiovascular conditions. Some of her main research pursuits in her RCS I position at CHOC involve the assessment of unplanned hospital readmission (UHR) in CHOC’s neonatal population, examining risk factors of adverse childhood experience (ACE) scores and association with healthcare utilization, and investigating changes in inpatient mental health presentation pre- versus post-COVID-19 using NLP on clinical notes. 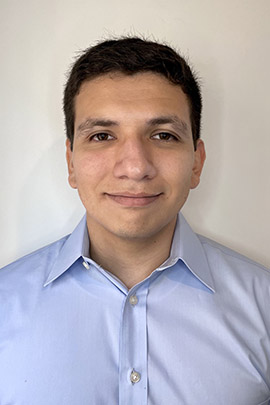 Ricardo Aguilar is a graduate from the University of California, Los Angeles with a MS degree in Biostatistics. His academic research focused on identifying interaction terms in correlated, high-dimensional data using a feature selection machine learning algorithm. He has 5 years of experience as a statistical consultant where he gained experience in various areas of research such as life sciences, community health sciences, education, and agriculture. He is now a Research Computational Scientist I at CHOC where he supports research through inferential statistics, statistical and machine learning model building, and study design. Additionally, he catalogs and investigates databases to expand the scope of research conducted at CHOC. 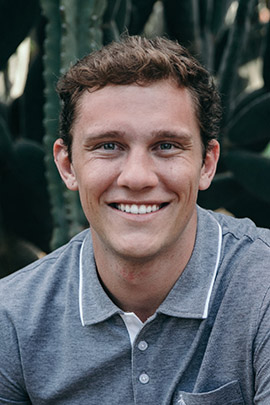 Quinn Gates is a PhD candidate at Chapman University where he is pursuing a degree in Computational and Data Sciences. He has a Bachelors degree in Mathematics and a Masters degree in Computational and Data Sciences also from Chapman University. He has taught college level calculus and has led multiple research teams exploring topics like the effects of monetary rewards for exercise and the use of specialized neural networks to identify and classify cell types in colorectal histological whole slide images. Currently, he is an associate data scientist working with CHOC Hospital to study the effects that sociodemographic factors play on asthmatic adolescents.

Decitabine and vorinostat with FLAG chemotherapy in pediatric relapsed/refractory AML: Report from the therapeutic advances in childhood leukemia and lymphoma (TACL) consortium

Triple Versus Single Application of Lidocaine, Epinephrine, and Tetracaine for Laceration Repair in Children

How to protect your kids from dog bites

Bounce house injuries continue to jump: How to protect your kids