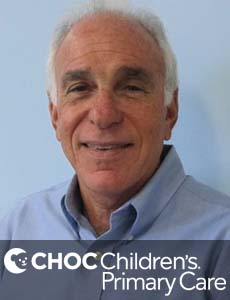 Dr. Kaplan is a Clinical Professor of Pediatrics at University of California at Irvine. He continues his commitment as a  pediatric teaching attending for medical students and Pediatric Residents.

Dr. Robert A. Kaplan has been in the private practice of pediatrics since 1975. He grew up in New York. Dr. Kaplan went to Penn State University where he got his undergraduate degree. He went to NY Medical College and graduated in 1971. He did his Pediatric Internship in New York before he moved to California.

Along with his wife Ronni, he moved to California in 1972 where he did his Pediatric Residency at the University of California Irvine. He became Board Certified in Pediatrics in 1976, and has remained board certified since then. He and Dr. Widelitz started their practice in Cerritos in 1979, and they moved to their present location in Los Alamitos in 1997. He is now a Clinical Professor of Pediatrics at University of Californai at Irvine. He continues his committment as pediatric teaching attending for medical students and Pediatric Residents both in his office as well as at Miller Children’s Hospital in Long Beach.

He has been married to his wife Ronni since 1971. She is an elementary school teacher and has worked in the Long Beach School district over the years. He has two children, who both went through the Los Alamitos School district and are now grown and married. He and his wife are lucky to have 5 grandchildren. Now that he and his wife are “empty nesters,” they enjoy traveling to different parts of the country and the world. Dr. Kaplan’s interests include being active in many sports – tennis, golf, bike riding and skiing to name a few. He is very involved in many community agencies as a volunteer and consultant. In addition to his practice responsibilities he has also served a 4 year term as Chief of Staff at Miller Childrens Hospital. He is currently a board member of Southern California Childrens Health Network.

Dr. Kaplan still enjoys coming to work everyday. His great joy of his job is having the ability to watch children and families grow. Having multiple second generation patients has been really rewarding to him. He enjoys having fun with the children and being able to share his years of experience with his patients and their parents.