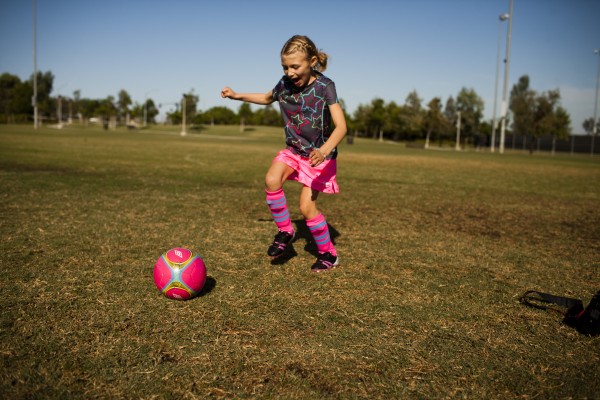 At CHOC, we specialize in providing the very best cystic fibrosis (CF) treatment and care to ensure your child lives a long, healthy life. Learn more about the CHOC Cystic Fibrosis Center.

What is cystic fibrosis?

Cystic fibrosis (CF) is an inherited life-threatening, genetic disease that causes persistent lung infections and progressively limits the ability to breathe. A defective gene causes a thick buildup of mucus in the lungs, pancreas and other organs.

Some people can carry the CF gene without being affected by the disease. They usually do not know that they are carriers.

How does CF affect the respiratory system?

Because of the high rate of infection in the lower respiratory tract, people with CF may develop a chronic cough, blood in the sputum, and often even have a collapsed lung. The cough is usually worse in the morning or after activity.

How does CF affect the gastrointestinal (GI) system?

CF mainly affects the pancreas. The pancreas secretes enzymes that aid digestion and help control blood sugar levels. The mucus prevents the release of digestive enzymes that allow the body to break down food and absorb vital nutrients.

The secretions from the pancreas also become thick and can clog the ducts of the pancreas, causing a decrease in the secretion of pancreatic enzymes that normally help digest food. A person with CF has trouble absorbing proteins, fats, and vitamins A, D, E, and K.

The problems with the pancreas can become so severe that some of the cells in the pancreas die. Over time, this may lead to glucose intolerance and Cystic Fibrosis-Related Diabetes (CFRD), a unique type insulin-dependent diabetes.

The symptoms of CF that may be due to involvement with the GI tract include:

The liver may also be affected. A small number of people may actually develop liver disease. Symptoms of liver disease include:

How does CF affect the reproductive system?

Most males with CF have blockage of the sperm canal. This is called congenital bilateral absence of the vas deferens (CBAVD). This results from the thick secretions clogging the vas deferens and keeping them from developing properly. It causes infertility because sperm can’t travel out of the body. Women also have an increase in thick cervical mucus that may lead to a decrease in fertility, although many women with CF are able to have children.

Cystic fibrosis (CF) is a genetic disease. This means that CF is inherited.

Mutations in a gene called the CFTR (cystic fibrosis conductance transmembrane regulator) gene cause CF. The CFTR mutations causes changes in the body’s cell’s electrolyte transport system. Electrolytes are substances in blood that are critical to cell function. The main result of these transport system changes are seen in the body secretions, such as mucus and sweat.

The CFTR gene is quite large and complex, there are many different mutations in this gene that have been linked to CF.

A person will be born with CF only if two CF genes are inherited – one from the mother and one from the father.

Who is at risk for cystic fibrosis?

Cystic fibrosis (CF) is inherited, and a person with CF had both parents pass the altered gene to them. The birth of a child with CF is often a total surprise to a family, since most of the time there is no family history of CF.

What are the symptoms of cystic fibrosis?

All U.S. states require that newborns be tested for cystic fibrosis (CF). This means that parents can know if their baby has the disease and can take precautions and watch for early signs of problems.

The following are the most common symptoms of CF. However, people may experience symptoms differently, and the severity of symptoms can vary, too. Symptoms may include:

Many other medical problems can point to cystic fibrosis, as well. These include:

The symptoms of CF differ for each person. Infants born with CF usually show symptoms by age two. Some children, though, may not show symptoms until later in life. The following signs are suspicious of CF, and infants having these signs may be further tested for CF:

The symptoms of CF may resemble other conditions or medical problems. See a health care provider for a diagnosis.

How is cystic fibrosis diagnosed?

Most cases of cystic fibrosis (CF) are found during newborn screening. In addition to a complete medical history and physical exam, tests for CF include a sweat test to measure the amount of sodium chloride (salt) present. Higher than normal amounts of sodium and chloride suggest CF. Other tests depend on which body system is affected and may include:

For babies, who do not produce enough sweat, blood tests may be used.

How is cystic fibrosis treated?

There is no cure for CF. Goals of treatment are to ease symptoms, prevent and treat complications, and slow the progress of the disease. Treatment generally focuses on the following two areas.

What are the complications of cystic fibrosis?

Can cystic fibrosis be prevented?

Cystic fibrosis (CF) is caused by an inherited gene mutation (change). Testing for the CF gene is recommended for anyone who has a family member with the disease, or whose partner is a known carrier of CF or affected with CF.

Testing for the CF gene can be done from a small blood sample or from a cheek swab, which is a brush rubbed against the inside of your cheek to get cells for testing. Labs generally test for the most common CF gene mutations.

There are many people with CF whose mutations have not been identified. In other words, all of the genetic errors that cause CF have not been discovered. Because not all mutations are known, a person can still be a CF carrier even if no mutations were found by testing.

There are limitations of CF testing. But, if both parents have the CF gene, they have some options: