What is autism spectrum disorder? (ASD)

Autism spectrum disorder (ASD) is a neurodevelopmental disorder characterized by deficits in social communication and interactions as well as restricted, repetitive behaviors. A child may show symptoms of ASD within the first three years of life, though symptoms could go unrecognized.

According to the Centers for Disease Control and Prevention (CDC), about 1 in 44 children in the United States has ASD. ASD is reported to occur in all racial, ethnic and socioeconomic groups and currently is approximately four times more common among boys than girls.

What are the symptoms of ASD?

People with autism spectrum disorder have differences in the way their brains develop and process information. Some general ASD symptoms are language delays or trouble communicating with others, performing certain unusual or repetitive behaviors, or having difficulty developing and maintaining relationships.

Because ASD is a highly heterogeneous disorder, ASD symptoms are not the same in every child. The severity of the symptoms will also vary by child. Because of this, it is important to talk with a specialist if you feel your child may have ASD.

What is the treatment for a child with ASD?

With early and appropriate ASD treatment and therapy, kids and teens with autism have the opportunity to live a fulfilling life. The following ASD treatment options may help a child reach their full potential:

Learn more about ASD therapies and treatments offered at CHOC.

How do I interact with a child who has ASD?

Children on the autism spectrum have trouble relating to other people. ASD behavior may include having difficulty making eye contact and may seem uninterested in relating to family members. On the other hand, some children with ASD may love talking at length with family members, friends and even strangers about a subject they are interested in.

If you are a parent or grandparent of a child with an ASD, you may find it difficult to understand their behavior or to connect with them. Learning more about these disorders may help you understand the child in your life, and help you improve your relationship with them.

Communication and Interaction Tips for ASD

There are no hard-and-fast rules on how to communicate with a child who has ASD, but many family members have had success with these tips:

Interacting with your child or grandchild who has ASD may be challenging at times, but it is one of the most important things you can do to help them learn. Research shows that early, frequent and loving intervention from family members is one of the best ways to help children with an ASD.

What Can I do if I Believe My Child has Autism Spectrum Disorder?
If your child is diagnosed with ASD, many resources and support services are available for you and your child. Your doctor and care team will help you find the resources that are best suited for you and your child. CHOC has an Autism Assessment Program that includes support systems for children with ASD and their families.

The CHOC Difference
The Thompson Autism Center is a multidisciplinary clinic that provides ASD diagnosis, treatment, therapy and medical management for children and families affected by Autism Spectrum Disorder. CHOC is dedicated to providing the latest ASD treatments and resources.

Learn more about the Thompson Autism Center at CHOC.

Living on the Autism Spectrum 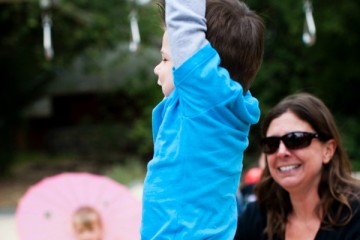 Raising a Child with Autism:
What I Wish I Knew Sooner
Teri Book shares what she’s learned as a nurse caring for children with autism, and also as a mother of a child with autism. 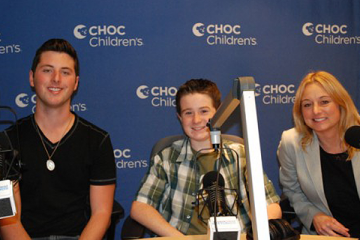 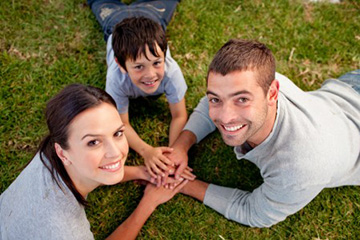 5 Things Parents Should Do
After an Autism Diagnosis
In the days and weeks following a diagnosis, families experience a wide range of emotions. Clinical social worker Maureen Dillon offers tips for parents that have a child recently diagnosed with autism.