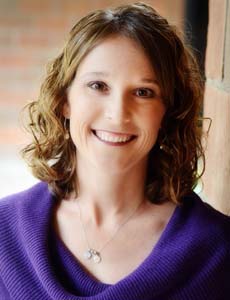 With extensive experience in U.S. military medical missions and trauma settings, Dr. Garfinkle brings a specialized understanding of traumatic brain injury/concussion, headache and migraine, epilepsy of all severities to include VNS titration, cerebral palsy/spasticity management to include botox and intrathecal baclofen treatment, movement and muscle disorders, ADHD, Autism, and all other areas of child neurology.

As a decorated military physician, Dr. Garfinkle worked more than three years at the San Antonio Military Medical Center as a staff child and adolescent neurologist, treating soldier’s children and mentoring pediatric and neurology residents. During this time, she was deployed to Iraq for six months as a primary care physician for soldiers and as the neurology consultant. While there, Dr. Garfinkle served as the traumatic brain injury expert.

Dedicated to clinical excellence, Dr. Garfinkle completed her child and adolescent neurology fellowship training at Walter Reed Army Medical Center in Washington, D.C. Upon completion, she became board certified in neurology with a special competency in child and adolescent neurology. Dr. Garfinkle completed her pediatric internship and residency at Tripler Army Medical Center in Honolulu, Hawaii. Upon completion of residency, she became board certified in pediatrics and subsequently served as the chief of pediatrics of a busy general pediatric clinic in Fairbanks, Alaska.

Dr. Garfinkle was awarded a competitive scholarship through the United States Army’s Health Professional Scholarship Program (HPSP) and attended medical school at Kansas City University of Medicine and Biosciences, where she earned her doctor of osteopathy degree.

Rebecca A Garfinkle DO is on staff at CHOC Mission Hospital.