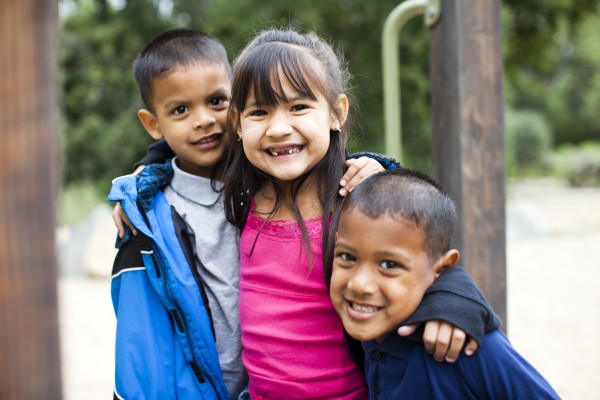 Interstitial lung disease, or ILD, includes more than 100 chronic lung disorders. At CHOC , we specialize in the diagnosis and treatment of children with pulmonary illnesses and diseases.

What are interstitial lung diseases?

Interstitial lung diseases (ILD) are named after the tissue between the air sacs of the lungs called the interstitium. In these diseases the interstitium is affected by scarring (fibrosis).

The symptoms and course of these diseases may vary from person to person, but the common link between the many forms of ILD is that they all begin with inflammation.

What are some of the rare disorders that fall under interstitial lung diseases?

How does interstitial lung disease affect the lungs?

Fibrosis leads to permanent loss of your lung tissue’s ability to carry oxygen. The air sacs, as well as the lung tissue around the air sacs and the lung capillaries, are destroyed by the formation of scar tissue.

The diseases may run a gradual course or a rapid course. People with ILD may notice variation in symptoms, from very mild to moderate to very severe. The condition may stay the same for a long time or it may change quickly. The course of ILDs is unpredictable. If they progress, the lung tissue thickens and becomes stiff, and breathing becomes more difficult.

What are the symptoms of interstitial lung diseases?

The following are the most common symptoms for interstitial lung diseases. However, each person may experience symptoms differently. Symptoms may include:

The symptoms of interstitial lung diseases may resemble other lung conditions or medical problems. Consult a health care provider for a diagnosis.

How are interstitial lungs diseases diagnosed?

In addition to a complete medical history and physical exam, the health care provider may also request the following tests:

Pulmonary function tests (PFTs) help to measure the lungs’ ability to move air into and out of the lungs. The tests are usually done with machines into which you breathe, and may include the following:

A spirometer is a device used to assess lung function. Spirometry, the evaluation of lung function with a spirometer, is one of the simplest, most common PFTs.

This device is used to measure the how fast you can blow air out of the lungs. ILD-related changes can cause the large airways in the lungs to slowly narrow. This will slow the speed of air leaving the lungs and can be measured by a PFM. This measurement is very important in evaluating how well or how poorly the disease is being controlled.

An X-ray is a picture of the inside of your child’s body, and is the most frequently used form of medical imaging. X-rays are painless, fast and easy to obtain.

Arterial blood gas may be done to check the amount of carbon dioxide and oxygen in the blood. Other blood tests may be used to look for possible infections.

An imaging procedure that uses a combination of X-rays and computer technology to produce sharp, detailed horizontal, or axial, images (often called slices) of the body. A CT scan shows detailed images of any part of the body, including the bones, muscles, fat, and organs. HRCT scans are more detailed than regular X-rays.

This is direct exam of the main airways of the lungs (bronchi) using a flexible tube called a bronchoscope. Bronchoscopy helps to evaluate and diagnose lung problems, assess blockages, take out samples of tissue or fluid, and help remove a foreign body. Bronchoscopy may include a biopsy or bronchoalveolar lavage.

Removing a small piece of tissue from the lung so it can be examined under a microscope.

How are interstitial lung diseases treated?

There is no cure for interstitial lung disease (ILD). Treatments are aimed at preventing more lung scarring, managing symptoms, and helping you stay active and healthy. Treatment can’t fix lung scarring that has already occurred. Treatments may include: