With mental health in focus, school-based WellSpace centers offer ‘a space of calm’ 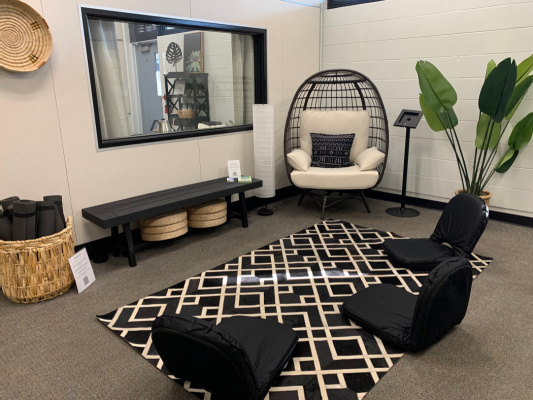 The WellSpace at McAuliffe Middle School in Los Alamitos

Imagine a space on a middle or high school campus that resembles a tranquil coffee house or the lobby of a high-end spa, replete with soft lighting, comfortable chairs, relaxing literature and light snacks.

And imagine all that’s asked of students who enter is that they take a moment to unplug, relax and recenter.

As part of a multifaceted effort to fortify the mental health of children and teenagers across the county, the Orange County Department of Education and CHOC have teamed up to pilot a handful of school-based “WellSpace” centers that will encourage students to take a break from life’s daily stressors in thoughtfully designed, supervised environments that are safe, calming and inclusive.

“This is a way for us to teach students at an early age stress management strategies,” said Mayu Iwatani, OCDE’s manager of Mental Health and Wellness Care Coordination. “These are things that a lot of times, as adults, we learn on our own — we stumble across it. But we’re really embedding this into the school climate and teaching our students these skills.”

Embracing a natural aesthetic through the “biophilic” design concept, the first two WellSpaces took shape earlier this year at McAuliffe and Oak middle schools in the Los Alamitos Unified School District. Both are supported by district psychologists, social workers and counselors, Iwatani said. Meanwhile, plans are underway for additional sites throughout the county, including three expected to open in June — two in the Buena Park School District and one in the Fullerton Joint Union High School District.

“Our big, audacious goal is that we want Orange County to be the healthiest county in America,” said Dr. Michael Weiss, vice president of population health for CHOC. “That health is defined not just by physical health, but including mental health, and I think that over the course of the upcoming years, we would love to see a WellSpace of some kind in every school in Orange County.” 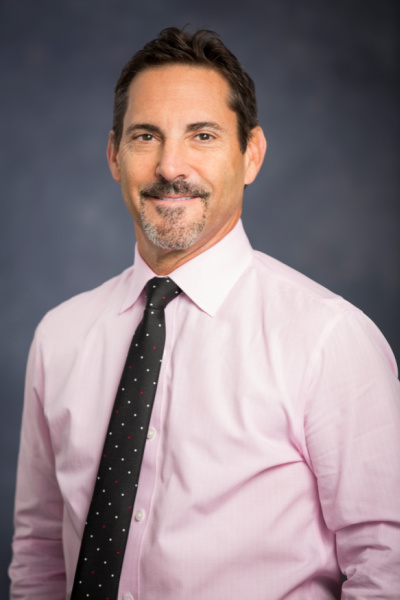 The need is certainly well-documented. Mental health has emerged as a major challenge not just in Orange County but across the country, with rates of youth depression and anxiety spiking even before the pandemic.

According to the 2019-20 California Healthy Kids Survey, 25 percent of Orange County’s seventh-graders and about 35 percent of 11th-graders said they felt chronically sad or experienced feelings of hopelessness over the previous year, and more than 10 percent reported having suicidal thoughts.

In partnership with local districts, OCDE’s education and health experts have made it a top priority to bridge mental health gaps while promoting a greater understanding of Adverse Childhood Experiences, or ACEs.

To that end, the department’s staff provides robust training and technical assistance that’s aligned with California’s Multi-Tiered System of Support, a comprehensive framework that bundles new and existing strategies to address academic, behavioral and social-emotional needs. Since 2016, OCDE has led the statewide implementation of MTSS based on the maxim “All Means All.”

OCDE has also developed resources and trainings for school employees and families who have experienced trauma related to COVID-19. And, more recently, the department used grant funding to hire seven regional mental health coordinators, creating a countywide infrastructure that will help strengthen procedures and protocols.

But the WellSpace initiative, which was conceived before the start of the COVID-19 era, represents a more direct approach to reducing stress and anxiety on school campuses.

‘A space of calm’

The idea is that a student could utilize the center for stretches of 10 to 15 minutes based on a teacher’s referral or by request. And there is science to support the benefits of calming the amygdala — that’s the part of the brain that experiences intense emotions and triggers responses — before re-engaging with classroom instruction.

Iwatani said students who are upset or otherwise dysregulated have a hard time accessing the parts of the brain necessary for deeper learning.

“Giving a student who is having a rough day 10 to 15 minutes to reset essentially gains more focused learning time,” she said. “Every campus needs a space of calm where students can come and reset.”

“Oak Middle School, which is one of our first sites, I actually attended in 1974,” he said. “So for me, it’s near and dear to my heart because I grew up in Los Alamitos.”

With OCDE program specialist Susan Shepardson serving as the principal designer, a classroom at Oak Middle School that was not optimally sized for instruction was transformed into a serene space with an office for a counselor. Oak Principal Erin Kominsky said she believes it will be in high demand as COVID-19 mitigation measures ease.

“I really do believe that wellness spaces are going to become a thing that is on every campus for every student,” she said. “I think students are going to start looking for them.” 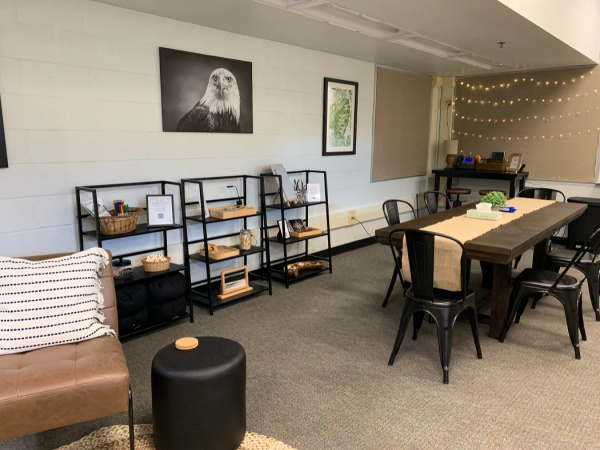 The WellSpace at McAuliffe Middle School in Los Alamitos

“They’ve done a great job of transforming (the space) with new furniture,” he said, “but also soothing colors and activities that … make you feel like you’re in a coffee house or in your therapist’s office and really creates a different vibe when you come in.”

While the centers reflect a relaxed, natural vibe, Iwatani said OCDE and its partnering districts have clear and measurable objectives, including boosting academic performance and reducing chronic absenteeism. At the same time, there is a concerted effort to reduce stigmas associated with mental health.

“Having this on campus is intentional,” Iwatani said.

Principal Weiss-Wright echoed the sentiment, saying it was important for students to have “the freedom to know that it’s okay to ask for a break.”

“It’s okay to ask for help,” he said. “It’s okay to seek support. It’s okay to change the environment that you’re in and kind of shift the culture a little bit.”