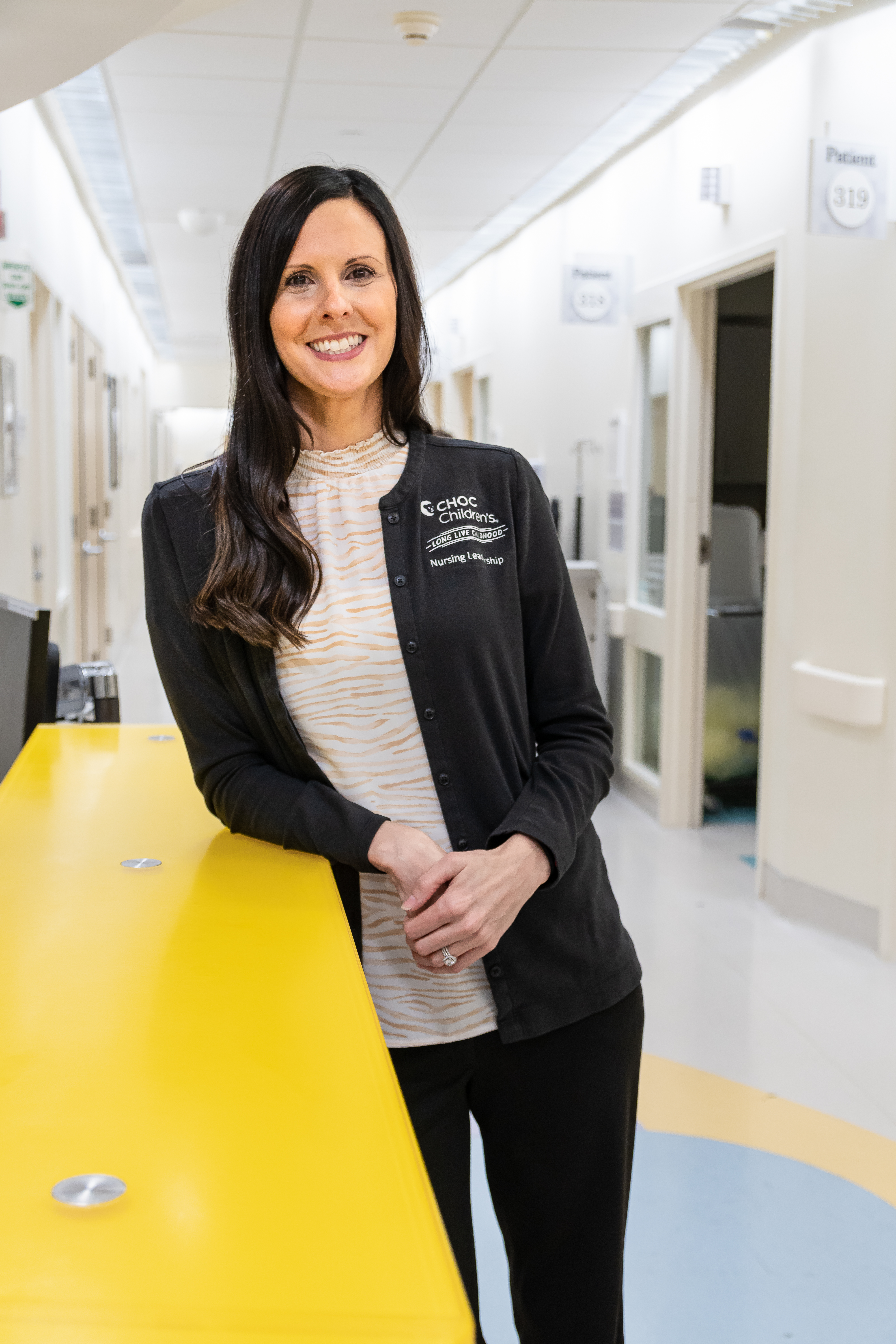 I’ve been a nurse for 18 years, but the seeds of my career were planted long before I put on my first pair of scrubs. Although I didn’t know it at the time, having surgery as a teenager would ultimately inspire my career path. Growing up, I was an athlete and loved playing basketball. Although I was in good shape, I was always out of breath and would hyperventilate.

When I was 14, my mom took me to the pediatrician who assumed I had asthma. But when he lifted my shirt to listen to my breathing, he noticed a depression in my chest. I had always known it was there, but I thought that’s just how my chest looked. He diagnosed me with pectus excavatum, commonly referred to as “sunken chest.” This is when the breastbone and some of the ribs grow abnormally. It is the most common congenital chest wall abnormality in children. Many cases are found in the early teenage years because growth spurts during puberty exacerbate it.

A surgeon explained the depression in my chest was pushing on my heart and lungs, making it harder for them to work properly and harder for me to breathe. He told me I would need surgery. He explained he would make an incision across my chest and reshape my rib cartilage, which would keep my breastbone in the correct position.

As my surgery got closer, I became more aware of the depression in my chest, and the way I saw myself started to change. Kids would unknowingly ask hurtful questions like, “Oh, why does your chest look like that?” I started to realize I was different. I changed the types of clothing I wore, a behavior I now know is common among pectus excavatum patients. A physical abnormality is an emotional thing to shoulder as a child. It can be hard for others to understand how much it can affect a child emotionally. When I became a nurse, I used that understanding to inform the care I provide to my patients.

My surgery went well, and although it occurred in the days before the minimally invasive Nuss procedure was invented, my surgeon was able to “hide” my scar near my bra line so it wouldn’t show in bathing suits or other clothing. The scar became a badge of honor.

My hospital stay after surgery is what led me to pursue nursing. I knew from that hospital stay that I wanted to help other kids. Some of my providers during that time got frustrated with me because I couldn’t take a deep breath or cough due to pain. The way my care team acted toward me has made me want to always treat patients better than they did. After getting my bachelor’s degree in nursing, I came to CHOC Children’s as a travel nurse. As soon as I stepped foot inside CHOC, I knew it was my forever home because of the people and culture.

Even though my surgery was 20 years ago, I’ve found many pectus patients have similar journeys. When I share my story, I tell them they are not alone. Now, I connect these patients for peer-to-peer support. At CHOC, we’re developing a mentor program where former pectus excavatum patients, along with scoliosis patients, are trained to meet with patients prior to surgery, and help answer questions and be part of their support system alongside clinical staff.

I also try to be there for the parents. They often feel guilty for not noticing how deep the chest depression had become. They are also worried about their child’s surgery and recovery, and they seem grateful to talk to someone who is so many years post-surgery without any major complications.

When I was younger, I didn’t realize how powerful nursing could be. I’m grateful for my journey because it feels right to be able to give back and to help patients and their families.