By Erika I. Ritchie/Staff Writer 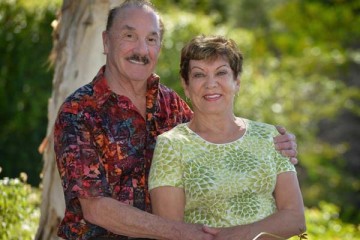 VILLA PARK – When folks praise Marilyn Bailey for the 50 years she has spent helping raise more than $5 million for the Jack and Jill Guild at CHOC, she’s embarrassed by the attention and dismisses compliments.

“It’s just what I do,” Bailey says matter-of-factly. “I’m not a coffee klatcher, I don’t do womens’ clubs. This is what I do.”

And while Bailey shuns adulation, she’s in the spotlight this week. On Tuesday, she will be the first to receive the Jack and Jill’s Golden Jubilee Award during the hospital’s annual CHOCtoberfest luncheon. She will also receive a congressional recognition from the office of Rep. Mimi Walters, R-Laguna Niguel.

Still, despite what’s being planned, Bailey gives all the credit to the women who work with her on the guild. She gets emotional when she remembers a recent dinner-dance private auction she chaired. The event raised $200,000.

Bailey attributes her success to her leadership style where she does her best to bring out strengths in each person.

“Everyone has a job,” she says. “I never told any of them how to do the job. And they appreciate that. To be a good leader, you’ve got to be a good delegater.”

It all started in 1965 when Bailey, then 31, went to a CHOC fashion show at the Grand Hotel.

When the show got going, it wasn’t the fashion or the models on the runway that got her attention. It was the message the moderator had. She talked about CHOC’s mission and how the then small hospital focused on helping families and children that were less fortunate and in need of medical care. CHOC had just started a year before with 62 beds. It was the county’s first children’s hospital.

That’s all Bailey, a mother of two, had to hear. She still remembers being inspired and she remembers the loud music. She doesn’t remember the fashions.

“There were just so many children that needed help,” she says. “CHOC was there when you couldn’t afford doctors, and if you weren’t totally indigent, they paid the bills.”

That year Bailey joined the Jack and Jill Guild and quickly assumed a leadership position as the chairwoman for the “Shelby Mustang Opportunity Drawing.” She jokingly said she did it because she “got to drive the red Mustang for the whole weekend.”

Once in charge, she figured out another way to get money raised. She hit her husband, Don Bailey, up. Once he was interested, she got the other gals in her group to do the same.

“That’s where the money was,” she says. “Women then could only spend the money their men had.”

And Don Bailey, like his wife, believed in the cause. Through her encouragement, he became a founding member of the Padrinos, the hospital’s all-male support group. He would later move to the CHOC Foundation Board and eventually to the hospital’s board of directors.

Don Bailey said it was his wife’s love for children and her people skills that made her so successful. She had previously worked in administrative jobs and had keen organizational and financial skills.

Bailey was elected to the position of All Guild Treasurer. That meant she was in charge of the accounting for all of the hospital’s fundraising. She also had to train treasurers from the 20 guilds in accounting procedures. Bailey did this for four years while continuing in the guild and volunteering in the neonatal and pediatric intensive care units at the hospital.

During her tenure with the guild, Bailey also served as treasurer and as the corresponding secretary. Her success in fundraising led her to head up the Home Tour Boutique, the Fashion Show, CHOCette, and the fun-filled PZAZZ auction, dinner and dance.

In all that time, CHOC has grown into a pediatric health care system now serving multiple counties. And Bailey, even after 50 years, says she’s not done. Next year, she’ll take over as the Home Tour Transportation chairwoman.

“Everyone knows that if you need something, you can call on Marilyn,” says Pat Savage, president of the guild. “We have a lot of turnover, but Marilyn has been doing this for a long time. She has people who come back to help year after year because she makes them feel important.”