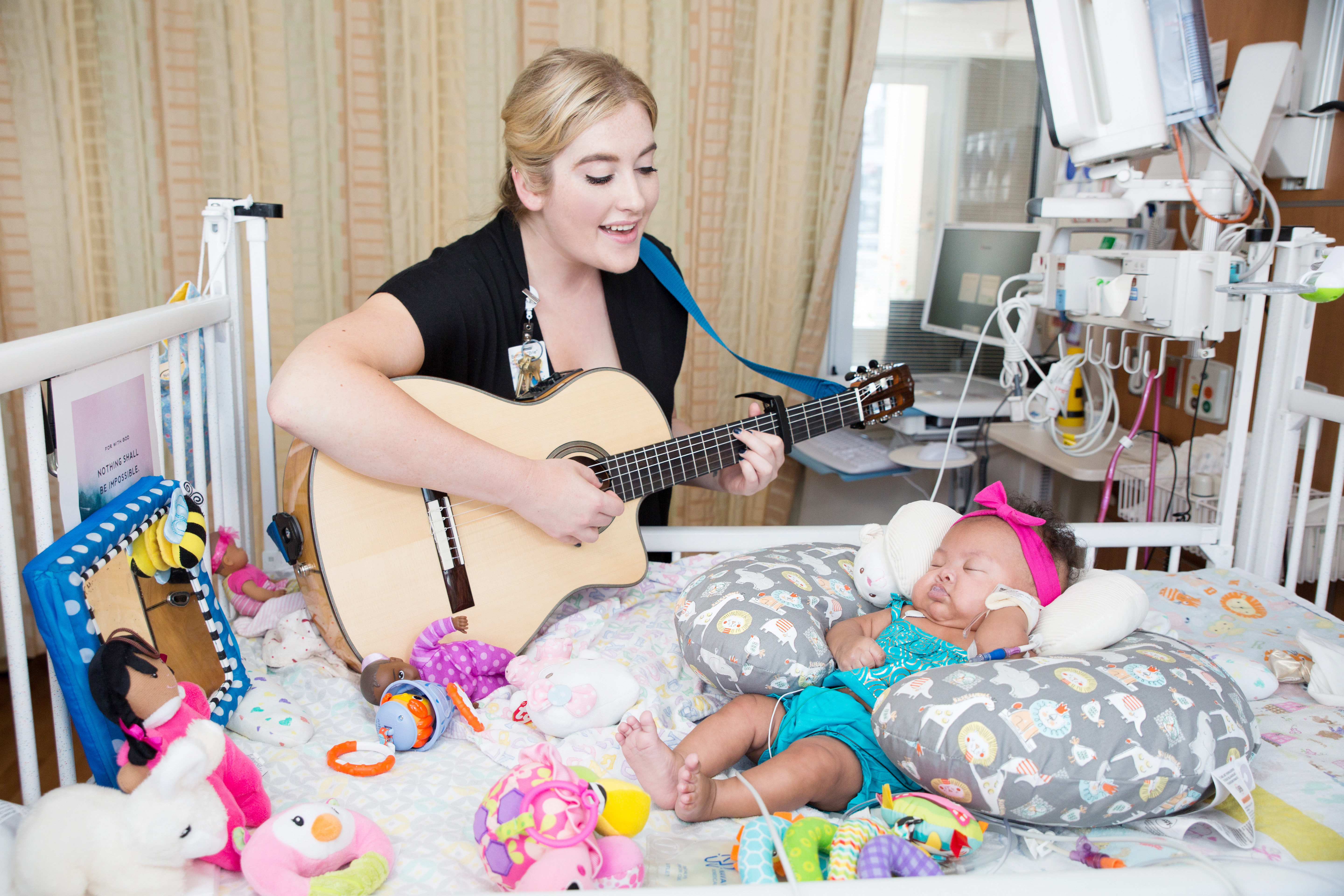 In CHOC’s winning photo illustrates the power of music therapy, which helped the patient, Olivia, manage pain, self-soothe and express herself. Olivia, who spent the first seven months of her life in the NICU, became more relaxed every time she worked with CHOC music therapist Brie Mattioli.

“Music promotes a sense of positivity, peace and normalcy in the room,” Brie says. “It wasn’t the nursery [her parents] planned to bring their baby home to, but it provides a sense of normalcy to families.”

The exhibit of 50 winning photographs was curated by a panel of distinguished judges including renowned photographer and author Anne Geddes. Showcasing the ways children’s hospitals help all children thrive, the online exhibit includes stories behind the photos, allowing viewers to read first-hand accounts from patients, parents, doctors and other healthcare providers.

Tamara Wroclawsky’s photograph was chosen from more than 370 images submitted by nearly 60 children’s hospitals across the country.

View the online exhibit at www.childrenshospitals.org/photos.